Gods and monsters: a sneak peek of GhostWriters #3 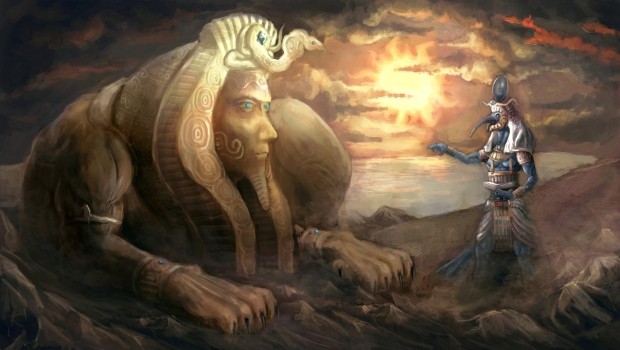 I asked readers on my Facebook page what kind of post they’d most like to see, and the answer was overwhelming: “A sneak peek of what you’re working on now!”

There’s one big problem with this.

I’m not actually “working” on anything. That’s not how my books get written. Technically, I’m “writing” book three in the GhostWriters series, which will be published in October, just in time for Halloween. But I’m not really writing it. Jackson and Kate are doing all the heavy lifting–I only jot down what they tell me. At best, I’m their secretary taking dictation.

I just hope they figure everything out, because I don’t have a clue how this is going to resolve itself. So I thought I’d let them explain it, as much as they’re willing. 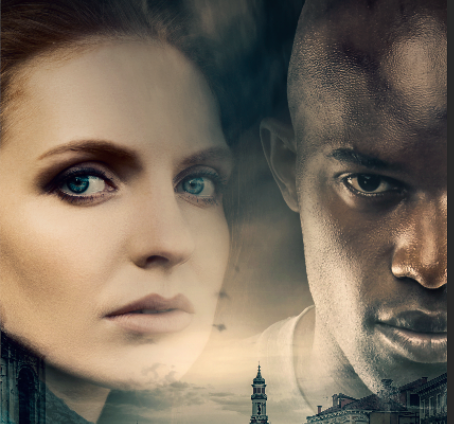 They drive me crazy, but I love them anyway: Kate Carlsson and Jackson Stone

JH: Would you mind telling everyone where you guys are?

Jackson: I guess that wouldn’t give much away. Sure–we’re in Luxor, Egypt. This place is insane! It would blow your mind, all the history, the temples, the crazed god of mummification who shouldn’t be real but is…

Kate: He’s not a god, Jacks. We’ve been over this.

Jackson: What is he, then? You don’t believe in demons. We’ve been over that too.

Kate: I told you. He’s an entity of some kind.

Kate: Shh, you’re going to give too much away.

JH: I see you two are still bickering. Not getting along any better, then?

Jackson: Actually, we mostly have all that sorted. Now, if she’d only realize I’m not going anywhere, no matter how crazy things get.

JH: Wow, what a sweet thing to say.

Jackson: Yeah, I keep telling her that her taste in men got an upgrade, but I’m not sure she believes me.

JH: Okay, enough mushy stuff. Back to Egypt. Can you tell me why you two ended up there?

Jackson: It’s a long story. Kate saw something in Lily’s hospital room…remember Lily, the girl whose soul we went to rescue in Poveglia? Well, this time she was in danger from something pretending to be her uncle’s spirit.

JH: All right. I think I’m following you. Go on.

Jackson: That was the first run-in with…

Kate: Jacks, don’t say it. It gives too much away. People will want to be surprised.

Jackson: We’ve already mentioned him, Kate. Besides, I wouldn’t call it a surprise as much as a coronary event waiting to happen.

Kate: *sighs* Everything pointed to Egypt. That’s where Lily’s uncle supposedly died. We were experiencing some terrifying phenomena symbolic of the plagues of Egypt. And then we discovered that my friend Eden, an Egyptologist I was doing some work with, had gone missing. The more we investigated, the more we found out these events were related.

JH: Wait, how were you working with an Egyptologist? You’re a medium.

Kate: *blushes* I’d love to tell you, but I promised Eden I wouldn’t say. It’s up to her to tell that part of the story.

JH: Understood. I’ve heard you and Jackson have both discovered you have special…abilities you didn’t know about. What’s that been like?

Jackson: Don’t make her angry, is all I can say.

Jackson: Cute. Very cute. She’s a comedian now. But seriously, I still haven’t figured out what all this means. It’s a pretty heavy responsibility.

JH: Glad I’m not the only one in the dark. You realize you just have about 30,000 more words left to figure this out, right? We’re not writing Lord of the Rings.

Jackson: Don’t rush me, woman! I have my own time frame.

JH: Apparently so. Kate, you’ve discovered someone you believed was dead is alive. Your missing friend, Eden, is out of your reach. And, by your own admission, the evil forces working against you in this book are not ghosts. How are you handling this?

Kate: I admit I’ve felt very much out of my element. But we’ve made a new friend here, a powerful psychic named Fatima. She’s the one who showed me what I’m capable of. And there are still spirits around–Egypt is teeming with them. Out of all the places I’ve been, this is the one where history really comes alive.

JH: No offence, but it often seems like the odds are against you this time. You’re just two people–three, if Fatima helps you–struggling against some incredibly dark forces. How do you expect to get out of this?

Jackson: The same way we’ve gotten out of everything.

Got any questions for them? Any questions about the new book? I’m both excited and terrified about how it’s coming along. With each writing session, it gets more complicated. I can only hope Kate and Jackson figure it out, but they haven’t steered me wrong yet.

If you haven’t read any of the GhostWriters series and would like to know more about Jackson and Kate, the story of the first time they worked together can be found here. Their second adventure, when they travel to Poveglia to save Lily’s soul, can be found here.