Ghost of a serial killer 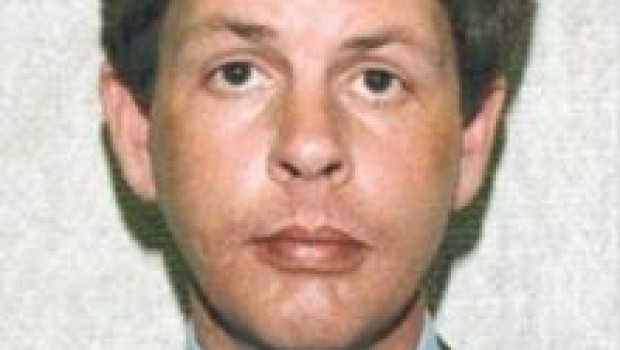 It was 2006. Rob Graves and his wife Vicki were touring a gorgeous estate in Indiana. The place had everything they could want and then some: an indoor pool, a separate apartment that could be rented out, tons of room to roam, and ample privacy.

Even better, the asking price was good. Too good. As Rob walked around the home, there was something about it that troubled him, something that niggled at the edges of his brain.

“Wait, wasn’t this the home of Herb Baumeister?”

Yes, the realtor admitted. It was.

That explained the price. Baumeister was a suspected serial killer (alleged only because he killed himself before he could be convicted), responsible for the deaths of at least eleven men. Fox Hollow Farms was not just his home, but his killing grounds. Many of his victims breathed their last before they were strangled in the pool, their bodies dumped in the woods behind the house.

Baumeister was such a convincing liar that even when his thirteen-year-old son Erich found a human skull on their property, he was able to make his wife believe the bones came from a medical skeleton inherited from his anesthesiologist father. When Baumeister’s wife Julie went searching for the remains and couldn’t find them, she assumed animals had made off with the bones and never gave the incident a second thought…until police came knocking.

In spite of some trepidation, the aptly named Graves family decided to purchase the house. Shortly after, Vicki was startled by a man in a red shirt walking through her yard towards the woods where some of Baumeister’s victims had been discovered. She thought it was an intruder until she noticed something strange–the man had no legs.

She wasn’t the only person to see the man in red. The Graves’ tenant, Joe LeBlanc, saw him as well and became convinced the spirit was trying to tell him something. He followed the apparition’s path into the woods and found a human femur, which he turned into the police. Though the remains have not been identified, sightings of the man in red stopped after LeBlanc’s discovery.

Supernatural events have become commonplace for LeBlanc, who has to deal with ghostly roommates. Many an evening has been disturbed by an incessant pounding on his front door. One night, upon answering the door and finding no one there, he shut the door and locked it, only to see the knob turn a few minutes later. In spite of the lock, the door blew open, scattering wood chips across the floor. LeBlanc was startled to find a terrified man, dripping wet, screaming on his doorstep. The man ran through his apartment and vanished. Later, LeBlanc recognized his visitor as one of Baumeister’s victims.

While swimming in the pool, the hapless tenant felt something touch his back before invisible hands wrapped around his neck, strangling him and attempting to drag him under water, in full view of a friend. LeBlanc believes this spirit belongs to the serial killer himself, and thinks he now knows some of what Baumeister’s victims went through in their last moments.

Could you live in a house once owned by a serial killer? Despite my interest in true crime, I don’t know that I could, haunted or not. As has been said of many other places in the world, I’d visit Fox Hollow Farm, but I wouldn’t want to live there.

If you enjoy ghostly mysteries, you’ll love my GhostWriters supernatural suspense series. The ebook of the first novel, City of Ghosts, is free on all retail sites. 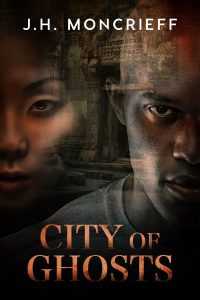