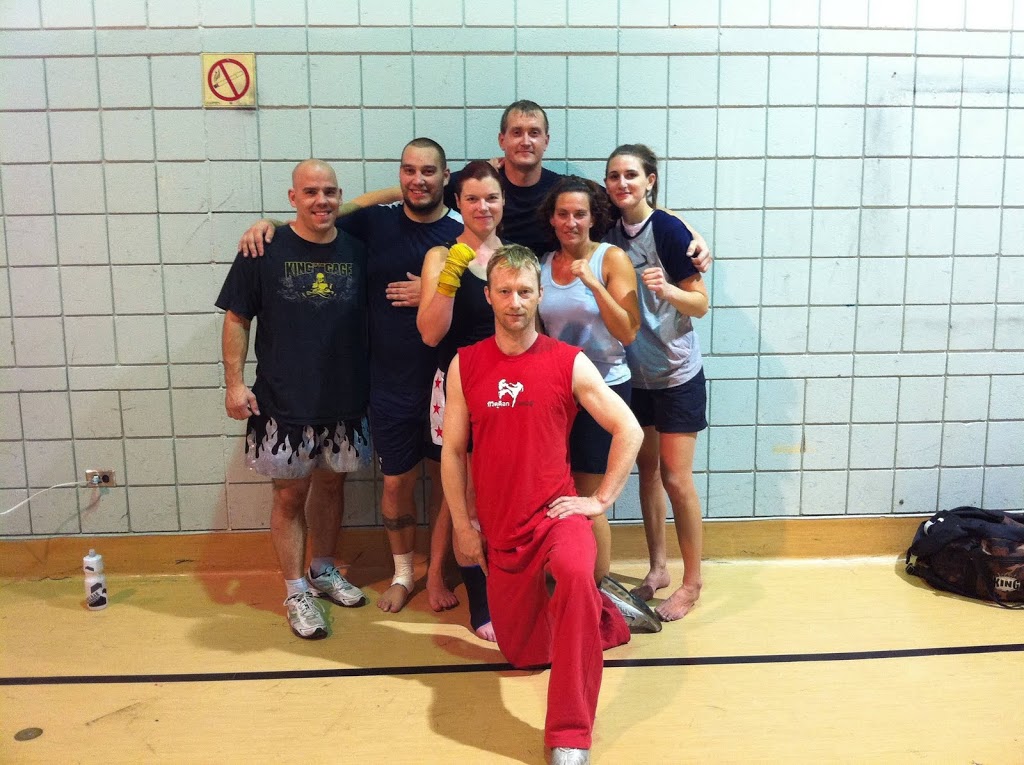 You know that song by R.E.M. called Everybody Hurts? Well, that pretty much summed up the fight camp yesterday. Those who weren’t in actual pain were suffering from a lack of energy (except for Wayne, of course, who trains like this all the time).

It would be easier to tell you what didn’t hurt than to tell you what did, and we haven’t even started sparring yet! (That’s tomorrow–yikes!) Thankfully, the acupuncture and massage treatments are helping my knee a lot. It is starting to feel better…too bad I can’t say the same for the rest of me. And, scarily, I developed sudden cold symptoms this morning. I’m fighting them off as best I can. Thankfully, today is our rest day. I can’t speak for the others, but–as much as I’m afraid to rest–I recognize that I really do need it.

The first hour of kickboxing was fairly brutal. I was so happy to be partnered with my friend Kathy for Level 2. Friends always understand when you’re sore and exhausted. But I was far from spared–both krus (Kelly and Joscelyn) made sure that I was working my butt off. And after everyone else had gone home, the fight camp settled in for a brutal round of ab work (this is in addition to the ab exercises I’d already done in Levels 1 and 2). I’ve never worked my abs to failure before–I have a very strong stomach–but there were times my body refused to lift itself up just one more time. The great thing about fight camp, though, is that we were all in it together. Some of us may have found the exercises easier than others, but we all stuck around and cheered each other on until the last sit-up was done. Being in fight camp is being a part of a team, and that’s awesome.

But for today, I will rest.