Day Four: Walk in the Woods and Writer’s Studio 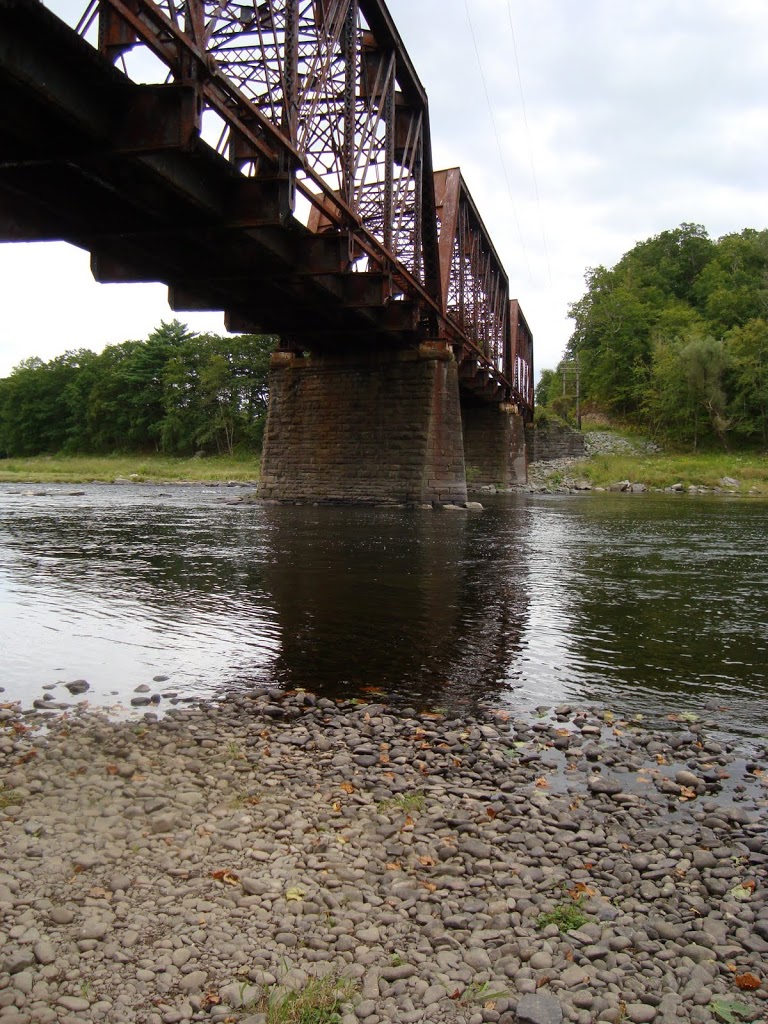 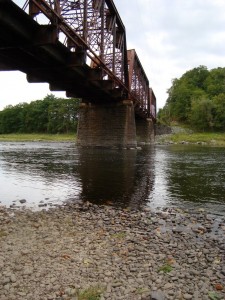 So sorry about last night. My intention was to update the blog after the Writer’s Studio (Susie’s interview of Vern), which was supposed to end at 10 pm, but things got heated. The conversation was still going at 1 am when I finally packed it in. 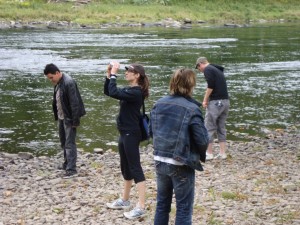 Chapter One: The Hike

“We’re going hiking, for Christ’s sake! What do you think this is, a f*cking seniors’ tour?” – renowned playwright Vern Thiessen

The weather has still not returned to the glorious summer days enjoyed at the beginning of the retreat, but it was nice enough for us to venture on our planned hike in the Minisink area, which was revolutionary war territory at one time.

Some of the writers were desperate for exercise at this point, so the hike was faster than I would have liked, as far as photo-taking and exploring were concerned. We did see tiny frogs, a monarch butterfly, an old bridge, and even a cougar!

No one got lost, so it was a fairly uneventful excursion for this group.

Susie and I tried to have our meeting during the hike, but it wasn’t to be, so we had it afterwards in my room. She finally had some criticism for me, which was great. I learned that there’s another kind of passive voice to watch out for. I always thought “passive voice” was writing stuff like “the rug was purchased by Ted” instead of “Ted purchased the rug”. But Susie told me to think of passive language as anything that slows the momentum of the story. For instance, if you have a character who’s upset, and she yells “Okay, enough of that!”, you take out the word “okay” because it slows down the momentum. Very good to know.

Things got emotional during Vern’s turn in the hot seat. There were tears when he turned the tables on us and asked who our heroes were, and a fiery debate over whether or not a white man could play Martin Luther King Jr.

Some wisdom from Vern, who has written over thirty plays that have been produced all over the world. He has won many significant awards, including the Governor General’s.

Asked to describe his ideal life, Vern answered, “My ideal is that my parents will live forever.”

Vern has strong opinions on…well, pretty much everything. He has one theory that sends Susie into a furor. Vern believes that men do their best work before the age of fifty, and that women do their best work after fifty (mostly because the demands of child-rearing are over). Do you agree or disagree with him?

Personally, I think an artist should always be striving to produce his or her best work, no matter their age. It stands to reason that the more one practices, the better one would get, up to a point.

I would rather have people tell me that each book is my best, than experience what Stephen King has, where people keep telling him he wrote his very best twenty years ago. That has to get disheartening after awhile.

Here’s some more food for thought from Vern: