The curse of Tut’s tomb

An ancient tomb is creepy enough. Add a fatal curse to the mix and you have the makings of a great horror story.

Only in this case, the story might turn out to be true.

British Lord George Carnarvon was obsessed with Egypt, so when archaeologist Howard Carter approached him for a loan, saying he had evidence of an undiscovered pharaoh’s tomb, it was a match made in heaven…or perhaps some other place. Carnarvon of course ignored the warnings of a clairvoyant who told him he would find danger in the tomb. Nothing would keep him from this great adventure!

Carnarvon’s enthusiasm and wealth joined forces with Carter’s skill and knowledge, and eventually the two men found the tomb of King Tutankhamen in 1922. When the tomb’s door was at last opened, a cobra killed Carnarvon’s pet canary. Since the pharaohs wore cobras on their headdresses as a symbol of protection, this was seen as a very bad omen indeed. 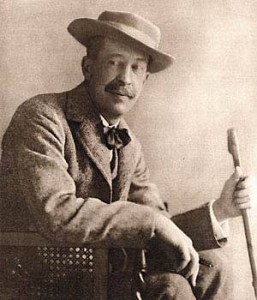 A mere ten days after the men found Tut’s tomb, Carnarvon was dead–from a mosquito bite, of all things. He’d cut the bite while shaving, and it became infected, leading to blood poisoning. Some reports claim that the lights went out in Cairo and Carnarvon’s terrier howled and dropped dead when the lord expired, but that seems a tad farfetched.

However, whether you believe in curses or not, it’s difficult to ignore the rash of mysterious deaths that followed Carnarvon’s. Even those who survived were struck by misfortune. Sir Bruce Ingram, a friend of Carnarvon’s, lost his house in a fire soon after he received a mummified hand from the tomb. When he had the home rebuilt, it was again destroyed–this time by a flood.

A documentary about the tomb reported that 22 people involved in the excavation died from early and mysterious deaths, including the radiologist who examined Tut’s body before collapsing from exhaustion. Another man died from a high fever hours after opening the tomb. Carnarvon’s own wife died of an insect bite. Years later, an archaeologist’s son committed suicide, blaming Tut’s curse for his misfortune. Other causes of death include arsenic poisoning, assassination, and pneumonia.

According to Wikipedia, however, only eight people died within a dozen years. (Still, if I was in a group of less than 60 people and almost 10 were dead in a decade, I’d be nervous.) One of those who survived was Carter, who died of cancer in 1939 at the age of 64. Carter, though skeptical of the curse, was unnerved to see jackals similar to Anubis, ancient Egypt’s guardian of the dead, in 1926. It was the first time he’d ever seen them in over 35 years of working in the African desert. 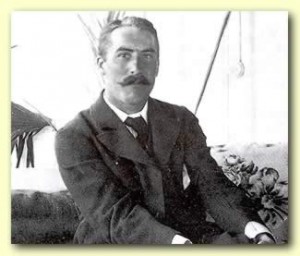 Do you believe there was a curse surrounding Tut’s tomb, or were the mysterious deaths a coincidence? Would you have ignored the warnings, as Carnarvon did?