Case of the killer grandma

“My grandma just shot me!”

It was a recipe for disaster.

In 2012, Jonathan Hoffman’s life seemed to be falling apart. His sister was suffering from brain cancer and his family was splitting up. When his parents prepared to move to Arizona for the sister’s medical treatment, Jonathan argued to stay in Michigan.

His grandmother, 74-year-old retired school teacher Sandra Layne, offered to take him in.

Layne didn’t realize Jonathan had a drug problem. The 17-year-old was addicted to Spice, a synthetic marijuana. It isn’t clear if Jonathan’s drug use started before or after he began living with his grandparents.

By all accounts, Layne ran a tight ship. She was determined her grandson would clean up his life, obey her rules, and graduate from high school.

Defiant, Jonathan continued to use drugs, at one point experiencing such a bad trip on magic mushrooms that he called 911, convinced he was dying. He was rushed to the hospital, and his mother, Jennifer Hoffman, was so concerned she flew in from Arizona. Hoffman says that she wanted her son to go into rehab, but her mother refused. Layne says she told her daughter to take responsibility for their son and deal with his problems, which Hoffman denies. 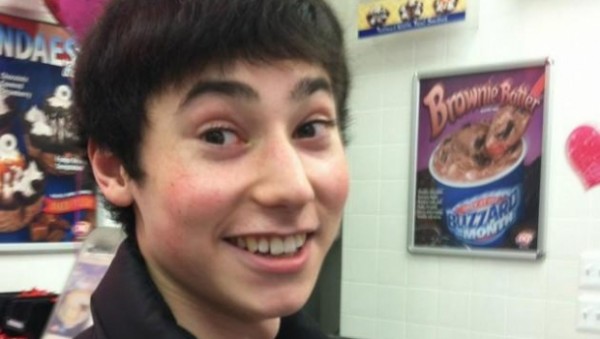 After the police caught Jonathan with drugs in his car, the teenager was placed on probation, which included regular drug testing. In the meantime, his arguments with his grandmother continued to escalate. Each time, Layne sent her husband outside to “walk the dog,” so he wouldn’t witness the ongoing feud.

Reportedly afraid of her volatile grandson, Layne called for police assistance during one argument. The police came, but no arrests were made.

Instead, she bought a semi-automatic and took shooting lessons at the gun range. She kept her new skills a secret from her husband, who had no idea there was a Glock 17 in the house.

Just four days after the police intervened between Layne and her grandson, Jonathan failed one of his court-mandated drug tests. Terrified of going to prison, Jonathan wanted to run to his parents in Arizona, but Layne refused to let him go.

As her teenage grandson stood in the bathroom in his shorts and socks, reportedly about to go out and visit a friend, Layne went to get her gun. She hoped the weapon would make Jonathan listen.

Instead, Jonathan was shot in the bathroom and again in his bedroom, where he fled to escape his grandmother’s wrath. Media reports on the case vary, but at least five shots hit Jonathan–three in his chest, one in his arm, and one in his stomach.

As Jonathan begged for his life while lying on his bedroom floor, his grandmother left the room, but not to get help…

In the three minutes she was gone, Jonathan managed to call 911 and ask for help–help that came too late. When Layne returned, she shot her grandson an additional two times, even though he was lying helpless on the floor.

When police arrived, the weeping grandmother admitted she had shot her grandson. She later claimed there was an altercation over the gun and she’d shot Jonathan in self-defence, but the 911 recording sealed her fate.

“Sandra Layne is pure evil and, if given the opportunity, would surely kill again,” said Jennifer Hoffman of her mother.

Layne was sentenced to 20 to 40 years in jail. Her most recent appeal was rejected.

Why do you think Layne bought a gun rather than admit she needed help with Jonathan? Was it her need for control, or something else? How could this tragedy have been avoided?