Can our pets see ghosts? 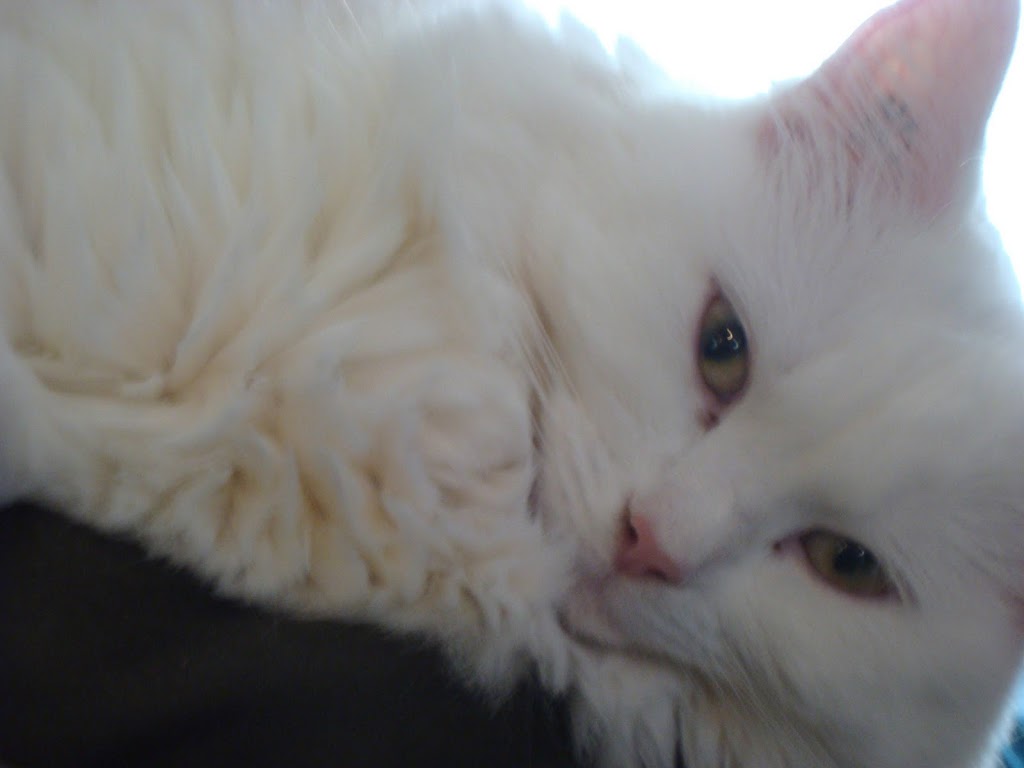 I once heard a joke about how cats stare at nothing while dogs bark at nothing.

I forget the punchline.

This cat will, on a regular basis, suddenly turn and stare at the flight of stairs leading to the bedrooms. Her eyes will widen, and often she looks terrified. The worst is when she tracks whatever it is with her eyes, as “it” moves into the kitchen or towards the front door.

Did I mention my front door makes a lot of strange noises? As if it has a multi-chambered iron lock from medieval times clanking into place at 4 a.m. I have an ordinary deadbolt.

About three years ago, I adopted another kitten. It wasn’t long before she was staring at the stairs as well, also with terror in her eyes. She too appears to watch whatever it is as it makes its way to the kitchen or the front door, usually simultaneously with my other cat.

Do they just happen to stare at the same spot? Is their obvious fear brought on by some delusion?

Or are they seeing something I can’t?

It’s been scientifically proven that cats and dogs can see things humans can’t, including stripes on flowers or patterns on the wings of birds.

The secret behind their super vision is UV light. Cats, dogs, and other animals can perceive this type of light while we can’t.

Add senses of hearing and smell that are far superior to ours, and it’s not a stretch to say our pets are able to detect plenty of stuff we’re not. Some scientists now believe that a pet’s ability to predict the death of her owner could actually be the result of the animal detecting chemical changes within the body.

The internet is full of stories like mine. Apparently cats staring at something on a flight of stairs is quite common. Do spirits like to spend all their time hanging around a staircase, or is there some other reason felines are drawn to stairs?

Sometimes I wish I could see through their eyes.

But most of the time I’m very glad I can’t.

Have you ever suspected your pet has seen something supernatural? Do you think dogs and cats can see ghosts?