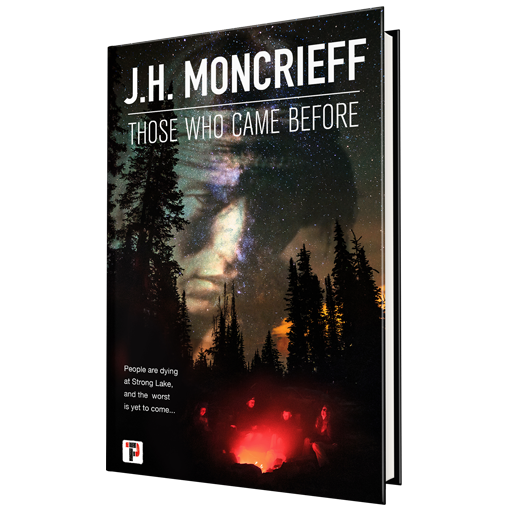 Those Who Came Before

Detective Greyeyes isn’t having any of it…until she hears the voice herself and finds an arrowhead at the crime scene she can’t get rid of. Troubling visions of a doomed Native American tribe who once called the campground home, and rumors of cursed land and a mythical beast plague the strangest murder case she’s ever been a part of.

“Moncrieff’s novel is a lightning-fast read, which is not a bad thing. She paints a vivid picture of the lost tribe and weaves her story arcs together brilliantly. She also sheds light on Native peoples’ treatment in both past and present, smoothly integrating the issue into the novel. Readers won’t want to put it down.”

“While Moncrieff has already released a number of outstanding works, this is her masterpiece. She’s one of the BEST authors out there.”

“The author elegantly intertwines a routine slasher with abhorring acts omitted from our textbooks and creates this new-fangled setting that’s nervy and organic in its exposition. Like the ill-fated campers, readers are in for much more than a simple scare.”

“The myths and beliefs of Native American people are a vast area most writers have yet to explore. Only a notable few—among them Owl Goingback, Stephen Graham Jones, and Bill Schweigart—are filling this gap.  Now, Moncrieff has made her own mark in this genre and a solid and shocking entry it is indeed.”

“J.H.’s work gets better and better and this release is a winner from the first word to the last.”