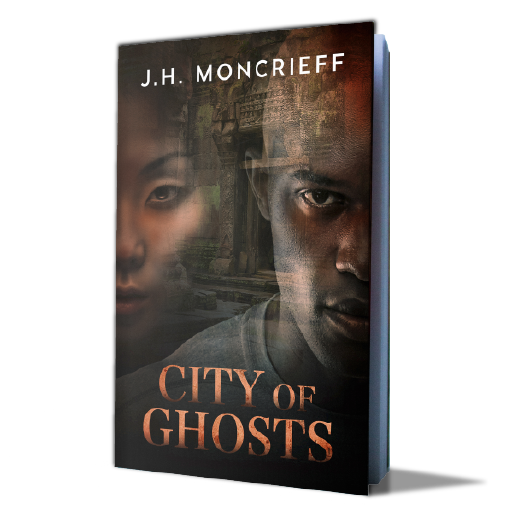 Winner of the 2018 Kindle Book Review Awards in the Horror/Suspense category.

On the day the villagers were forced to flee Hensu, not everyone got out alive.

“It’s spooky, lots of good mood here, but also funnier than I thought it was going to be.”

“Exceptional character development, a tightly plotted storyline, relentless pacing, and a perfect fusion of horror and irreverence make this virtually impossible to put down.

The narrative seed is a ghost story, like the timeless and treasured paranormal mysteries of the early 1900s by Algernon Blackwood and Cherie Priest’s Eden Moore and Kat Richardson’s Greywalker sagas of the early 2000’s.

But Moncrieff has done something remarkable here: She has taken something old and made it new again. Stone and Kate—the skeptic and the medium—make a dynamic pair, and the sexual tension doesn’t hurt either. With the novel’s addition of exotic locales, adept storytelling, and a decidedly creepy undertone, Moncrieff could very well be the 21st century’s version of Algernon Blackwood.

City of Ghosts is unconditionally recommended.”

“City of Ghosts is the undead love child of Ghost Hunters and A Chinese Ghost Story with a touch of Long Island Medium thrown in for humor.”

“An impressively original, inherently compelling, consistently entertaining novel from cover to cover, City of Ghosts clearly reveals author J.H. Moncrieff’s genuine flair for narrative storytelling. Exceptionally well written and one of those novels that will linger in the mind and memory long after the book is finished and set back upon the shelf, City of Ghosts is unreservedly recommended for personal reading lists and community library collections.”

“This is a funny, spooky tale of a man cracking under guilt, his new friend who sees the dead, and a haunting in China. What a glorious combination.” 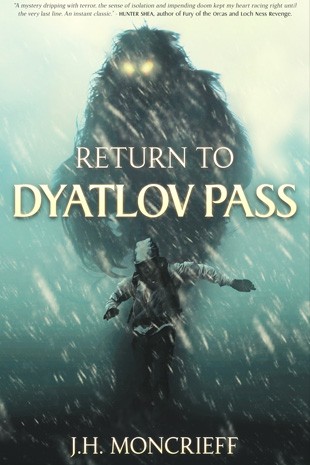