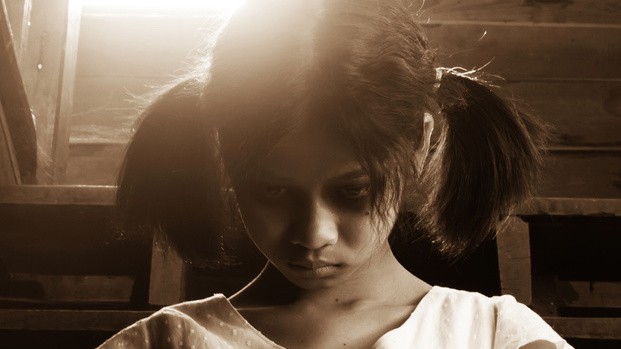 I hope you’ll all bear with me as I take a slight departure for this post. I still think it’s a scary true story, but in a slightly different way. It stems from something I’ve been noticing a lot lately.

Somehow, women seem to have become the “bad guys.” I watch a lot of true crime documentaries, and inevitably, most of the victims are women. Sadly, most of the perpetrators are men. And even sadder, most of them were men these women had loved–their fathers, husbands, boyfriends, brothers, coworkers, friends.

But instead of the reaction one might expect–horror at the continuing and disturbing trend of senseless, brutal violence against women–most often, commenters blame the women.

“Why was she so weak? Why didn’t she just leave him?”

“That’s what you get for sleeping around.”

“Why was she so stupid? Why did she trust him?”

The vitriol is never directed at the man who killed or otherwise abused the woman, but always, always, at the woman. And perhaps some might find this surprising, but the harshest critics of women are…other women.

“I was in an abusive relationship for eight years, but I got out. There’s lots of places she could have gone. She should have realized she didn’t need a man to be whole.”

I’ve seen hundreds of variations on this theme. If you were in an abusive relationship yourself, you know how innocently the abuse often starts, how the noose tightens slowly and subtlety, until suddenly you’re trapped and you have no idea how to get out. Why wouldn’t you have compassion for someone else in that position?

When I was sixteen years old, I fell in love with an abusive guy. Or, at least, I thought I was in love with him. He didn’t start out abusing me, and there was no sign on his forehead. Sure, he was a bit intense, but at that age, I thought all the letters, cards, and phone calls were romantic. When he got upset about me seeing my friends without him, I took it as insecurity and showed compassion toward him. As he became more controlling, we started having horrible arguments where he said nasty, unfounded things, but he never hit me. After every fight, he showered me with gifts–jewelry, flowers, teddybears. My friends saw the gifts, not the behaviour. Everyone thought he was “so romantic.”

Finally, by the time I was seventeen, Mr. Romantic raised his fist at me after finding out I’d become friends with a male coworker. I knew then that if I stayed, he would hit me. When it came to breaking up with him, I was absolutely terrified. I also felt guilty. But I didn’t have children with this man, which is one of the reasons women often find it difficult to leave. He didn’t live with me. I didn’t depend on him, financially or otherwise. So I broke up with him, and later that night, he tried to kill me, fracturing my spine in two places.

The most dangerous time for any abused woman (or girl) is after she leaves the man, not before. It’s the leaving that often triggers murderous rage.

When he attacked me, I was with another male coworker I’d become close friends with, someone I soon ended up dating. So if it were my story that was made into a documentary, a lot of commenters would say I was a slut, I suppose, and had gotten what I deserved. Or that I should have dumped him when he first said something mean. But even though I left the relationship, I have never once judged another woman. It’s impossible to understand what goes on in these relationships unless you’re in one. So often, these abusers use a victim’s love for their children or other family members against them: Stay, or you’ll never see your kids again. Stay, or I’ll kill your family. And a little piece of paper does absolutely nothing if someone is furious enough to kill you. A protection order is not a bulletproof vest.

In a harrowing episode of the documentary series Evil Lives Here, Aziza Ayinde Kibibi, the daughter of Fugees music video director Aswad Ayinde, talks openly about her ghastly childhood. Her father beat her, raped her for years, impregnated her five times, and used the love she had for her sisters against her: “If you don’t do what I want, I’ll make her do it instead.”

But of course Ayinde doesn’t just abuse his children–he also abuses his wife. In the documentary, Aziza recounts the time when her grandmother called the police because Ayinde had beaten Aziza’s mother. Ayinde was a successful, powerful man. The cop was his friend. The officer shook his hand, chatted with him a bit, and left. What message do you think this sent his wife and daughters?

When the sexual abuse began and his wife found out, she confronted him, yelling and screaming and calling him “Sick.” Aziza watched in horror as her father viciously beat her mother with a belt until she was lying, sobbing, on the floor.

After listening to Aziza recount her heartbreaking story, I steeled myself for the viewers’ reactions, certain that they’d blame Aziza herself for not leaving, for not telling, for not fighting back, etc., even though she’d been a child and she carefully explains why she didn’t leave.

For a change, people weren’t blaming the victim. Finally! They must be blaming the abuser and molester, right? WRONG. They blamed Aziza’s mother.

“That woman should be put in jail.”
“How could she let that happen to her daughter?”
“She’s just as sick as he is.”

And so on and so on. Yet, the person who knows what happened in that house–Aziza–never once blames her mother, never expresses anger or resentment toward her. She watched her mother stand up for her and get beaten almost to death in response. She watched a cop shake her father’s hand after her father had hit her mother. Her mother was a victim too, likely with no money of her own, no place to easily flee to with nine children, and I’m willing to bet her husband had repeatedly threatened to kill her, her children, and her family if she did leave.

Why can’t we just blame the abuser?

Take the controversial documentary Leaving Neverland. People who’ve never once met Michael Jackson or exchanged a single word with him are furiously defending him. Guess whom no one is defending? Yep, the mothers. Even a lot of the people who believe James and Wade were abused appear to be angrier at their mothers than they are at Michael Jackson. (Not the fathers–just the mothers.) These mothers, who were groomed just as much as their sons. Who believed that if something bad was happening, their boys would tell them, not understanding their boys wouldn’t know it was bad. Who honestly thought they had their sons’ best interests at heart. Yes, their mothers made a mistake. They screwed up. But so did the fathers. And so did a hell of a lot of other people, including the people who still defend Jackson (assuming he’s guilty).

However, it’s always easier to blame the women. It’s become almost a default reaction. Where is our compassion? Our understanding? Our sympathy for women who have been abused, raped, murdered, conned or otherwise victimized? Why are we so quick to blame them for the horrible things that have happened to them?

Even though I left my abuser, I never hear about a woman who stayed and think she was weak. I think, There but for the Grace of God go I.

Before we judge other women, let’s remember that

– One in three women have been abused or subjected to gender-based violence in their lives
– In Australia, Canada, Israel, South Africa and the United States, between 40 and 70 percent of female murder victims were killed by their intimate partners
– Up to 70 percent of women experience physical or sexual violence from men in their lifetime — the majority by husbands, intimate partners or someone they know
– Worldwide, up to 50 percent of sexual assaults are committed against girls under 16
– As many as one in four women experience physical and/or sexual violence during pregnancy, which increases the likelihood of having a miscarriage, still birth and abortion*

A writer friend recently wrote an incredible article about why she returned to her abuser that’s getting a lot of buzz. It’s well worth a read.

Do you ever catch yourself blaming women when you hear these stories? Why do you think this seems to be the knee-jerk reaction in our society?