At long last, it’s finally here! Childhood Fears, which contains my novella The Bear Who Wouldn’t Leave, is released today.

In honour of this momentous occasion, I asked some of my favourite authors to reveal their childhood fears. 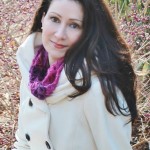 “Monsters under the bed! I had to take a running leap to get into bed, and as long as all of me was entirely on the bed I was safe, but anything that hung over the edge might get eaten.” 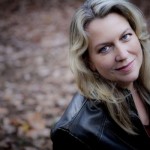 “As a child I had a nightmare that I was abducted by gigantic rodents.They’ve deeply creeped me out ever since.” 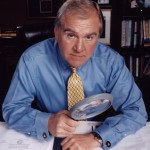 “I think my greatest fears were a fear of heights, and claustrophobia would be another. I think it may have been learned behavior because I remember my grandfather avoiding driving in tunnels and over bridges in NY. My mother had those same fears as well. Fortunately, I eventually outgrew those fears.”

John Douglas, one of the FBI’s first criminal profilers and a founder of the Behavioural Science Unit. Bestselling author of Mindhunter, Law & Disorder, The Anatomy of Motive, and many other true-crime accounts, Douglas inspired Jack Crawford’s character in Silence of the Lambs.

“My fear as a child was the most common of them all, and a fear that still tickles my reptilian brain: the dark. Fearing the dark is the purest kind of fear, as it embodies the fear of the unknown — what we can’t see is always scarier than what we can. And that’s a pretty good lesson for horror writers, too, I think.” 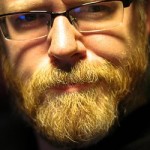 Chuck Wendig, New York Times bestselling author of Star Wars: Aftermath and social-media behemoth. His new release is Zeroes, which he swears is a horror novel. 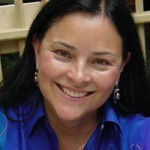 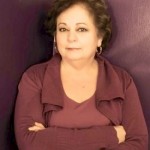 “Well, I had a monster who lived in my dresser drawer. I would wake up at night and think that I heard the drawer open. But by the time I walked over to check, it was closed. Really sneaky monster.”

Kathryn Casey, true crime and mystery author of Shattered and Evil Beside Her.

“When I was a kid, my parents built a house in a rural area of Central Texas. Upon completion, many of the scorpions that had been living in the surrounding woods apparently decided that the air conditioning ducts were preferable to wherever they’d been spending their time before the house came along. My bed was directly underneath an air conditioning vent, so it was only a matter of time before a scorpion landed on me in the middle of the night. The sting was very painful, and hurt for a while–but the fear of scorpions lasted for years.          ” 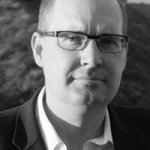 Jonathan Moore, author of the soon-to-be bestselling The Poison Artist, which will be released in January 2016. Stephen King (yes, that Stephen King) called it, “…an electrifying read. I haven’t read anything so terrifying since Red Dragon.”

“Cellars and basements paralyzed me with fear as a little boy. Indefinable 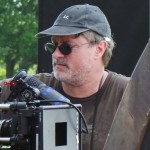 unknown terror lurked in the darkness past the bottom of the basement stairs in my child’s imagination. Back then, I would never, ever set foot past a cellar doorway—literally, physically I couldn’t. Can still recall how that grip of fear felt as tangible as a force field I dared not cross.”

Eric Red, screenwriter and creator of The Hitcher and Near Dark, and author of the scary-as-hell White Knuckle. 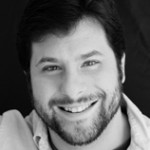 “In the canon of my childhood fears, there was no greater terror than the giant, strutting, monocled, anthropomorphic Peanut Man–he who tromped the boardwalk of Wildwood, New Jersey, that frozen rictus grin on his crenellated face, the sun gleaming in the single glass lens over one eye, those slender, shimmery black limbs protruding from his terrible hourglass shape. Many nightmares were born of the Planters Peanut Man, and my life as I knew it would never be the same.”

Ronald Malfi, multi-award-winning author of Little Girls, which I highly recommend. (And yes, he actually was afraid of Mr. Peanut.)

“I can’t remember any so-called normal fears, like that of the dark or the 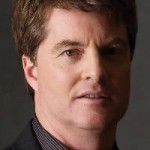 bogey man under my bed. But I somehow developed a tremendous fear of confined spaces—claustrophobia.

I played in plenty of snow forts while growing up in Montreal, and never had a traumatic experience that I can remember, but I do remember at some point freaking out when playing hide and seek in a laundry hamper.  Years later I had to enter an MRI machine and just about lost it and had to come out.

Ever since then, no tight spots for me!”

Dacre Stoker, great-grand nephew of Bram Stoker and author of Dracula the Un-dead.

Now it’s your turn! What was your childhood fear?