A is for Amityville Horror

The Amityville Horror convinced many that the supernatural was real.

The dwelling where it all took place had a frightening history before it became the world’s most famous haunted house.

“I think my mother and father are shot,” he cried.

As it turned out, it wasn’t just his mother and father. DeFeo was the only survivor of a massacre that also took the lives of his four siblings, who ranged in age from nine to 18.

Ronald DeFeo Jr. was eventually convicted of the murders. He gave several different reasons for slaughtering his family, but the most chilling was that he heard voices in the house telling him to do it. 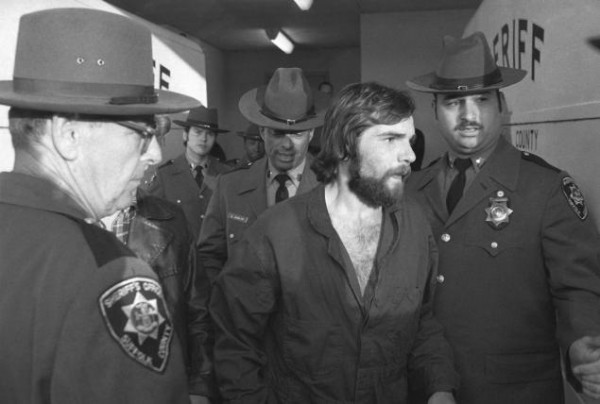 Just over a year later, the Lutz family moved into the home (why on earth you’d want to live in a place where six people had been brutally murdered is beyond me, but apparently the tragedy didn’t bother them). They even kept the DeFeos’ furniture, which they’d purchased for $400.

George and Kathy lived in the home with their three children for less than a month before fleeing in the middle of the night, leaving all their belongings behind. 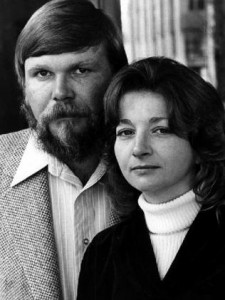 During the 28 days they lived in the DeFeo house, the Lutzes claimed to have been tormented by demonic forces, including a pig-like creature with glowing red eyes that “befriended” one of their daughters. A priest who attempted to bless the house was warned to “Get out” and was then slapped by something he couldn’t see (he later swore to this in a documentary). Slime oozed from doorways. Flies covered the windows, even in winter. Crosses hung on the walls turned upside down.  Kathy had red welts appear on her chest and said something lifted her off the ground. George was reportedly bitten by a Chinese lion statue. Everyone in the family saw demons, felt cold spots, and smelled something terrible in the home that was never explained.

And that’s only a few examples of what the family suffered.

They later agreed to have author Jay Anson tell their story. While Anson worked from audio tapes, he embellished some of the facts. When the book was released, many people had a field day identifying inconsistencies.

DeFeo’s lawyer, William Weber, eventually claimed that he”created this horror story over many bottles of wine” with the Lutzes. Weber’s admission confirmed to many that the story was indeed a hoax. Subsequent owners of the house denied having any issues–at least not of the paranormal kind. (Thrill seekers lured by the book and movies were another story.)

However, both Lutzes passed a polygraph test, and while George admitted that not everything happened the way it was described in Anson’s book, he said it certainly wasn’t a hoax.

In 2011, one of the Lutz children came forward and said that many of the events described in Anson’s book were fictionalized. Like his father before him, Christopher added that what did happen to the family was far from a hoax, saying the real events were more terrifying than anything Hollywood or Anson cooked up.

Lutz, a veteran who fought in Iraq, seemed sincere. But was his startling story just an attempt to sell his own book?

Where do you stand? Do you think what happened in Amityville was real or a hoax? Did the story make you believe in the supernatural?